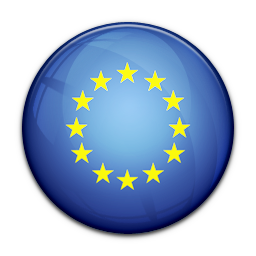 The papers are naturally filled with more leadership speculation and deconstruction of the reshuffle fall-out today – the frequently confused Trevor Kavanagh in The Sun and the always potty Melanie Philips in the Mail (who chooses to repeat Iain Dale’s little breakdown meme) in particular have scathing words for a Prime Minister they see as bereft of all authority, commanded by an unelected, shadowy First Secretary of State. (Guido discussed all this in his usual conspiracy buff tenor on Saturday.) The full text of those Mandelson-Draper emails reveals just how much (and, contrary to the Mail’s reports, how sympathetically) the Baron of Foy and Hartlepool understands our Prime Minister; he was undoubtedly instrumental in ensuring that Purnell was left out on his own by Friday morning.

Still, step forward people like Charlie Falconer and Jackie Ashley (is this really the best the rebels can muster?), demanding that Gordon go today – perhaps following what will be a fractious meeting of the Parliamentary Labour Party at 6pm this evening. Because, of course, all of the weekend’s maneuvring has been superceded by yesterday’s atrocious results for Labour: 15% of the national vote, beaten in Scotland by the SNP and, for the first time since 1918, defeated in Wales; wiped out in the South West (in Cornwall coming sixth) and South East (scoring just 8%), losing out across the non-urban Midlands, and seeing their vote collapse in the party’s Northern heartlands, heralding the election of two fascist MEPs. Dismal, dismal stuff.

Renewal is therefore the order of the day, and already last night the left was out in force – Nick Brown talking down the privatisation of Royal Mail, Michael Meecher talking up social housing, and, er, Polly Toynbee being Polly Toynbee. This post at LabourHome refers to ‘redefining our core values’, but I’m not sure that’s what needs doing at all. Bob Piper might be missing the point a bit when he moans that the media are wots causing it, but he’s spot on in this call to arms: whatever the details of policy, going back to core values, back to the party’s  roots in an electorate which has abandoned them (and yet who have not sided with the Tories in doing so), is what needs to happen.

It’s not often I agree with Eric Pickles, but when he said on the BBC last night that a vote for the BNP is a sign of disaffection, he was spot on. Back in April 2006, around the time Margaret Hodge courted controversy in speaking candidly about the BNP problem in Barking and Dagenham, I wrote in another place:

It is a denial of the truth in these areas to ignore – and thus fail to combat – the racist motive of BNP voters. Equally, it is a denial of the roots of working class facism simply to ignore people because they are saying things we would rather not hear. You don’t get seven per cent in a poll only from the ‘go out on a Saturday night and kick the Paki’ crowd. You don’t even get it from the types of people who routinely discriminate against non-whites. You get it from, well, the older lady in the shop. This type of seasonal racism is a way for disenfranchised people to explain their misfortunes. It is usually born of ignorance, of course – the BNP’s strongest shot in Birmingham, Kingstanding, has a significantly lower number of non-whites than the city as a whole, which seems to cope with integration quite well, thanks – but, again, that ignorance, whilst uninteresting in itself, tells us something of more lasting importance. It is not often considered that the BNP makes people into racists by pretending to have easy solutions to difficult problems too often swept under the political carpet. The real racists are few in number – remember, a few months ago, BNP support wasn’t showing on the map. These racists can be talked down, weaned away yet again from the same old rumours and knee-jerk assumptions, but only if we understand not just their concerns, but also their racism. (Johann Hari starts to delve into it here, but it’s not all about the Daily Mail being horrid, however much we’d like it to be.)

This is about race. But it isn’t about the cartoon, simplistic racism that we can easily reject as the purview of skinheads and, er, the BNP. (And which Searchlight et al campaign against well and need more help in doing so.) It’s something else – a soft-headed, certainly ignorant but also predictable attempt by those of us not so fortunate as to type rubbish into a blog to explain how the gap between rich and poor is growing, and no one seems to care.

Most of that, alas is still true: again last night, talking head after talking head lined up to say that BNP voters aren’t racist. This is much too simplistic. Voting for the BNP is incontrovertibly a racist act (as John Austin might have said, by saying something, we do something), but, importantly, a voter can make a racist vote without being in their everyday conceptions a racist. One of the first things the Labour Party could do in returning to their core values is to begin to engage with what makes a non-racist voter feel so disaffected as to cast a racist vote. To deny they have done so is to miss a real opportunity to hit two birds with one stone.

We spent the weekend in Nottingham, celebrating the birthday of Anna’s brother. Some time was spent figuring out three things Nottingham was famous for. We came up with Robin Hood (who has at best a dubious connection to the place), Brian Clough (who definitely wasn’t from there) and Games Workshop (which is merely mildly embarrassing). After this discussion, we spent some time in what has been voted the third dirtiest pub in Britain, and then in another bar not far from the site of a spot of gun crime last weekend.

All of which is a bit unfair to point out, because we had a great time and Nottingham doesn’t deserve its at times grim reputation. On Sunday morning, we spent some time in the grounds of its castle, eating a picnic breakfast and reading the paper (which was a bit thin this week except for a nice kicking of the BNP and a decent column on electoral reform from the always reliable Andrew Rawnsley). Every city looks better in the sun, but the high ground occupied by the castle gives great views of Nottingham whatever the weather, and its grounds are very well kept (no doubt in part due to the fact you have to pay to get in).

We also visited The Walk, which – uniquely amongst similar establishments in Britain – actually smells and feels like the continental cafe-bar it is trying to be. Excellent cake, very nice coffee, and tea pots to die for. They have a blog here, but alas during our visit the new staff uniform was not in use. Finally, we braved the ever-tempting Fopp, where naturally we bought things purely because they were cheap.

A grand time, then. So, in defense of this fine city, we’ll make one last comment on the fame debate: our interlocutor on the issue was from Bristol. People in glass houses and all that…